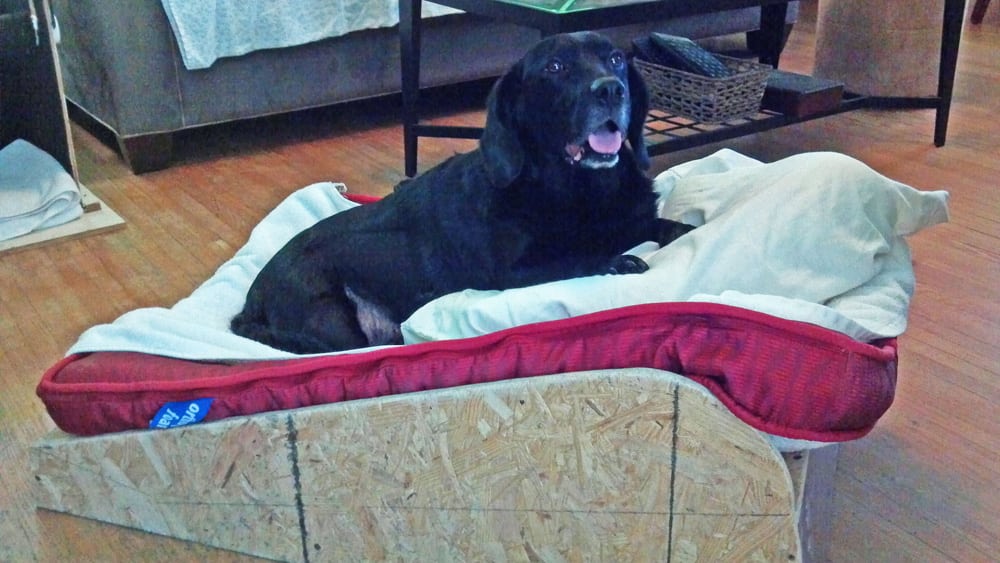 In May 2012, Benny’s owners noticed he was in serious pain. He could barely walk or stand on his hind legs, but they didn’t know why. They rushed him to the emergency hospital, and it turned out that he had suffered a spinal cord injury. After receiving heavy pain medication and a series of x-rays and MRIs, they learned his condition was inoperable and possibly fatal. Benny might have a chance at surviving, but may never walk again. His owners elected to wait overnight, knowing Benny was being treated for pain and was comfortable. By the next morning the swelling had gone down and they realized that Benny would survive. After a few months of rest, there were some major life changes for Benny; he was paralyzed, but no longer in pain. Benny’s family purchased a cart for him so he could play in the yard with the rest of their gang.

In mid-April 2013, tragedy struck Benny once again. He started to bring up a lot of water and foamy mucus. This went on for days. His breathing became heavily labored and he seemed very uncomfortable and lethargic.  The doctors believed that Benny had developed a condition called megaesophagus, but they needed more tests to be sure. With an award from Rochester Hope for Pets, Benny’s family was able to afford the treatments and x-rays needed; it was confirmed he had aspiration pneumonia from the fluids he brought up, and he did indeed have megaesophagus. His owners have made the necessary adjustments to his eating and sleeping positions, and since then he has showed no signs of slowing down.