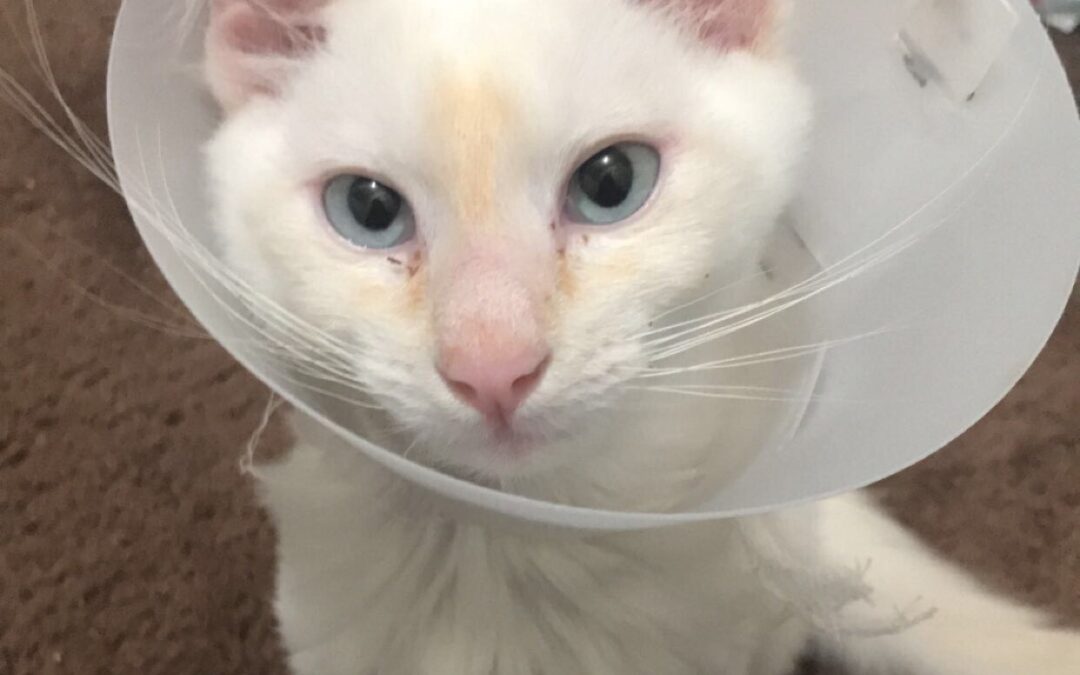 “We added Beyaz to our family just a little over a month ago. We moved to Rochester for my husband’s school this past September. It was with serious consideration that we decided to add Beyaz to our family. Once he came home Beyaz became our best friend here. He was well until March 2nd when he began vomiting.”

Beyaz’s family took him to Veterinary Specialists & Emergency Services for diagnostics and stabilization, and then to their general practice vet for surgery the next day. Unfortunately, Beyaz had a foreign body in his intestines. His mom wrote, “Wanting him to be better and his usual energetic and playful self, we are going through with the surgery.”

His parents went through with the surgery, knowing that affording it would be difficult in their current situation. A RHFP award helped cover a portion of the surgery, and Beyaz came home the next day to recover in his ‘cone of shame.’ His mom wrote afterward,

“Thank you so much for your help. We greatly appreciate it, and cannot express it enough.”

Awards like this keep pets at home and healthy, rather than in shelters or unnecessarily euthanized. Thank you for being a part of our mission!