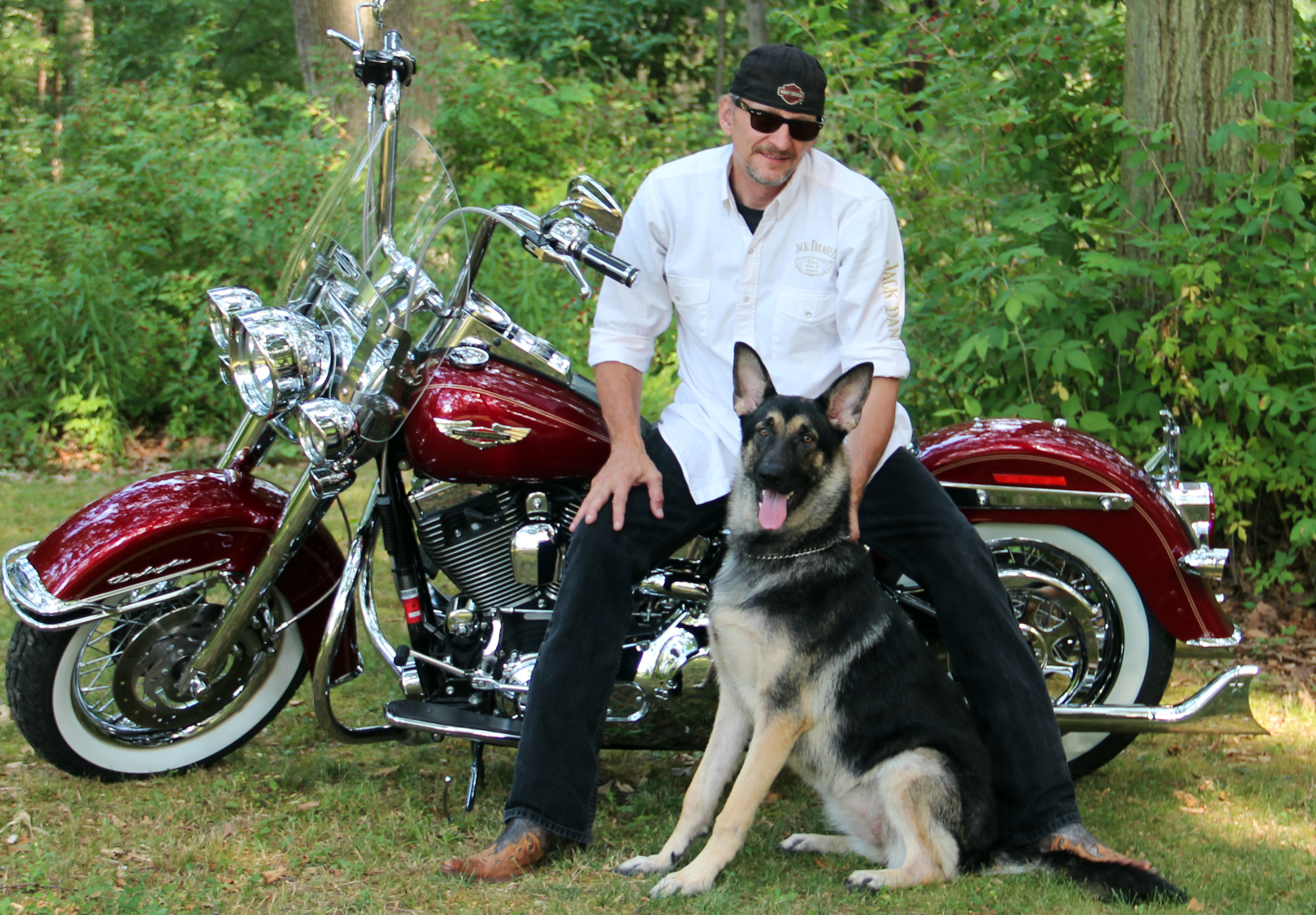 This is Harley. Sadly, this beautiful girl broke her femur in four places. Her owners rushed her to their veterinarian where she had to have a plate surgically implanted to reinforce her femur. Her owners, Julie and Myron, sold their Harley Davidson Softail Deluxe motorcycle to pay for the surgery! As Julie stated, “we knew that our girl was worth it.” Everything seemed to be healing well, when 10 days later an infection started to form around the plate that had been screwed into her femur.

Harley’s owners could see that she was in distress and could not walk on the affected leg. They took her to the emergency hospital where they found that the plate and screws had been rejected during the healing process. When a second surgery became necessary, Harley’s owners didn’t know how they would afford it. Through a grant from Rochester Hope for Pets, Harley’s owners were able to provide the surgery needed to fix the infected femur. Harley had a lot of healing to do, but quickly bounced back to her old self.