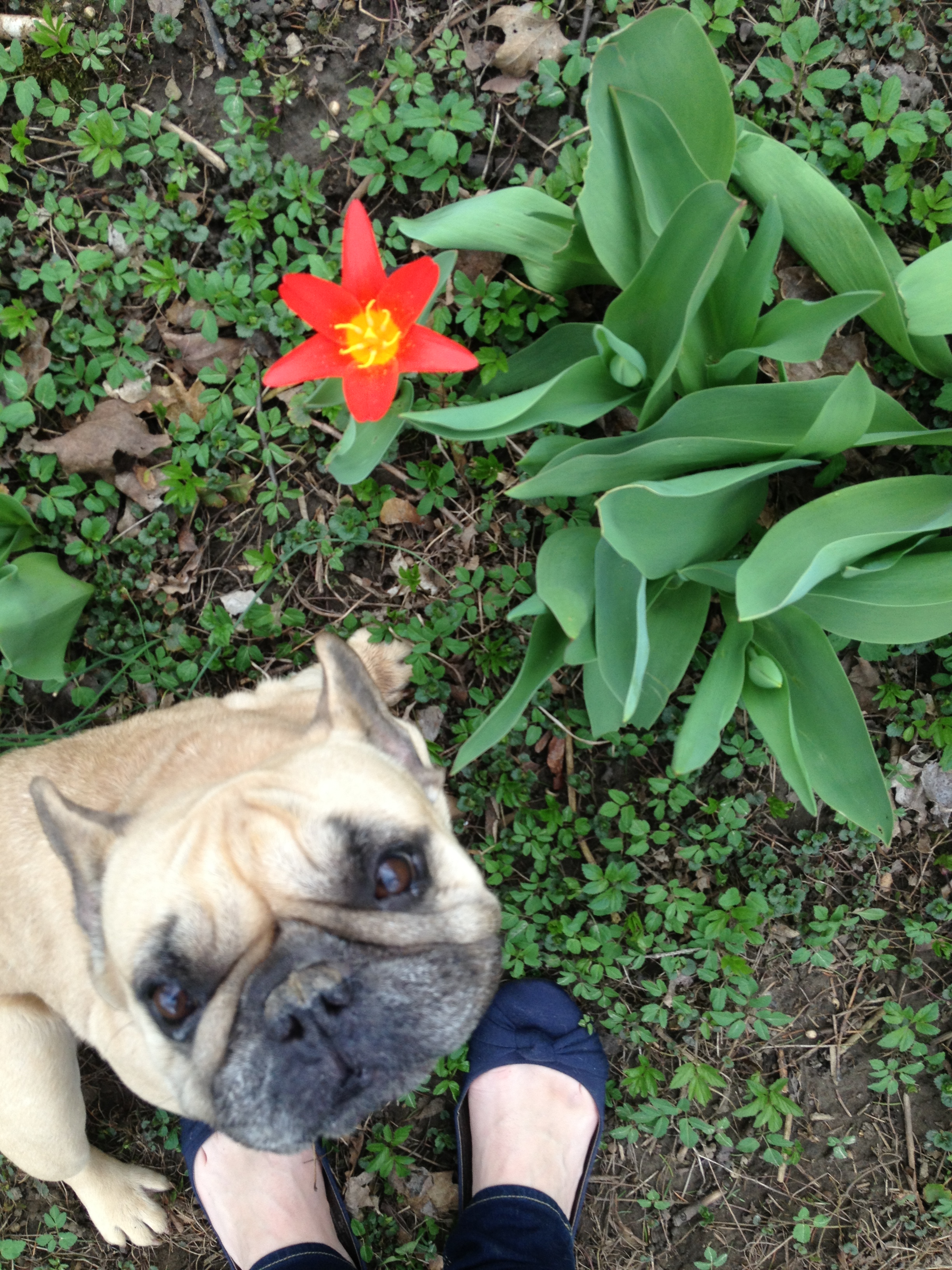 When Jody first met Lucy and her brother, the three-year-old French Bulldogs were in need of serious help. Lucy needed to have her ear canal removed or she would have to be euthanized. The dogs’ owners at the time were unable to pay for the operation or the additional care that the two dogs required. That’s where Jody stepped in. Adopting them was an easy decision. However, that’s where the easy decisions stopped. Lucy’s health problems were just beginning.

Lucy’s ear issues had started with a fungal infection. Because it had been left untreated until Jody stepped in, the only option was to remove the ear canal. The fungal infection had also spread to Lucy’s toe, causing the toe to split and leading to early onset of Squamous Carcinoma. Once the cancer was diagnosed, the best option Lucy had was to have her leg amputated. During the amputation operation, her veterinarian came across a new hurdle — Lucy was unable to breathe without mechanical assistance, so he needed to re-sect her soft pallet.

At this point, one of Jody’s friends at suggested she apply to Rochester Hope for Pets, and she qualified. She was grateful to receive the award that helped pay for the soft pallet surgery. While Lucy continues to have a head tilt due to her ear canal operation and only has three legs, she is thriving! She loves playing with Jody’s children, as well as Jody’s other dogs. Her cancer has remained in complete remission, and her doctor is hopeful that she will have no further complications from it. Lucy’s aftercare has been fairly straightforward, and Jody says the hardest part was keeping her quiet and inactive.

Jody sees Lucy’s story as one of hope and triumph. Throughout her ordeal, Jody has felt lucky to witness the best in both people and animals. “Lucy’s so strong and so sweet after everything she’s been through; she’s a tough girl, still just happy to lick your face.”