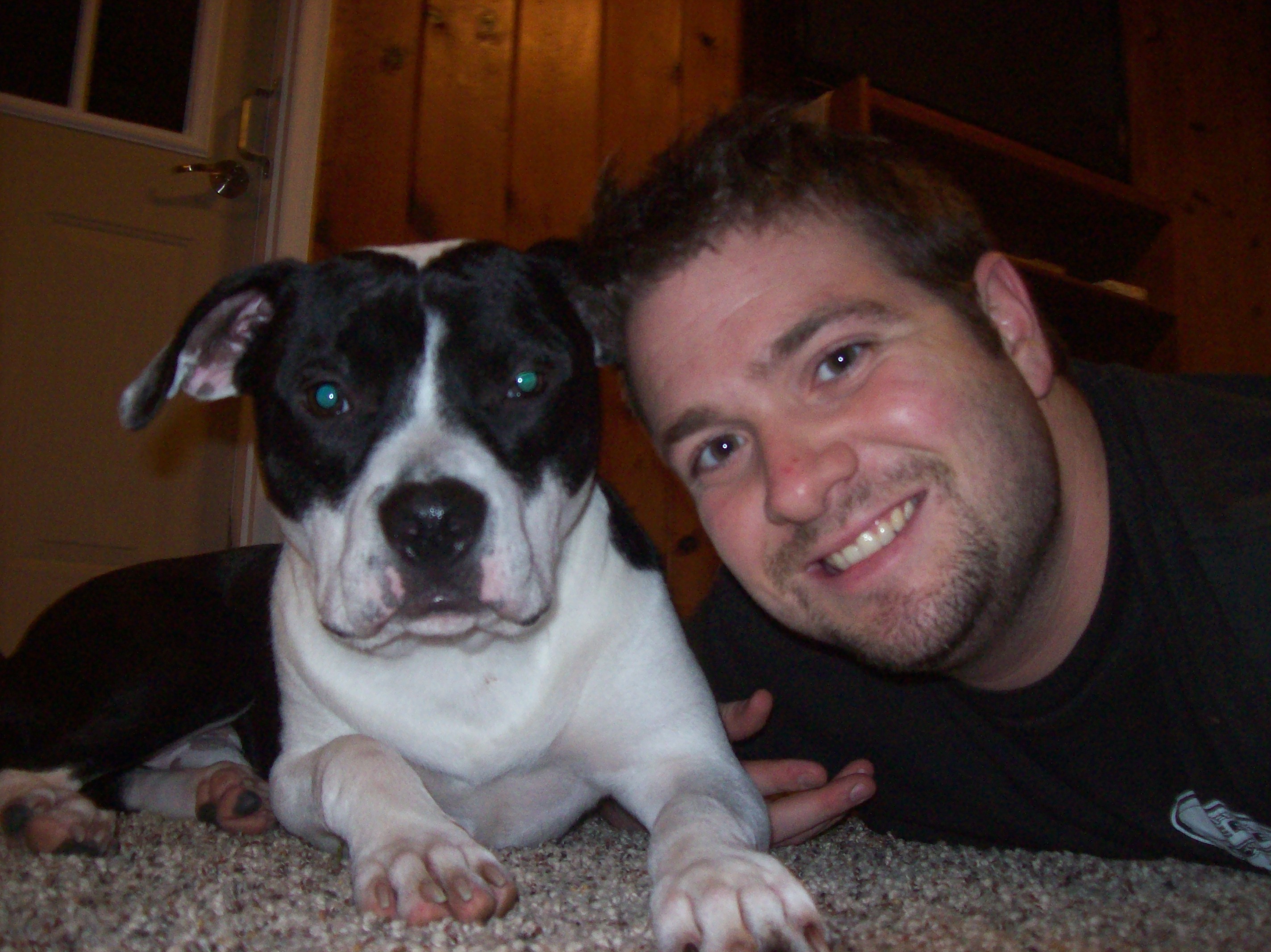 This is Petey. Richard says anyone who encounters Petey agrees he is a very well-behaved and a laid-back dog. Petey was so easy to train that Richard thought he couldn’t possibly be that good of a dog — but he was, and he still is.

Petey is gentle, playful and can’t wait to make new friends. One day while running laps around a pool with another dog, as he had many times before, Petey injured himself. When Richard called for Petey to come in for a swim, he was not using his back left leg. He did not seem to be in any pain, and he just wanted to continue playing. After a day or two of no improvement, Richard took him in to see the veterinarian.

Petey was diagnosed with a very rare knee ligament injury. The surgery to fix this type injury was expensive, but Richard was determined to provide Petey with the care he needed.  When he was told he had received a grant from Rochester Hope for Pets, Richard felt his prayers had been answered. The surgery was extensive and so was the recovery — Petey was in a cast for almost two months — but he got through it successfully. He has full use of his leg and is able to run and play again. We’re so glad it was a happy outcome!