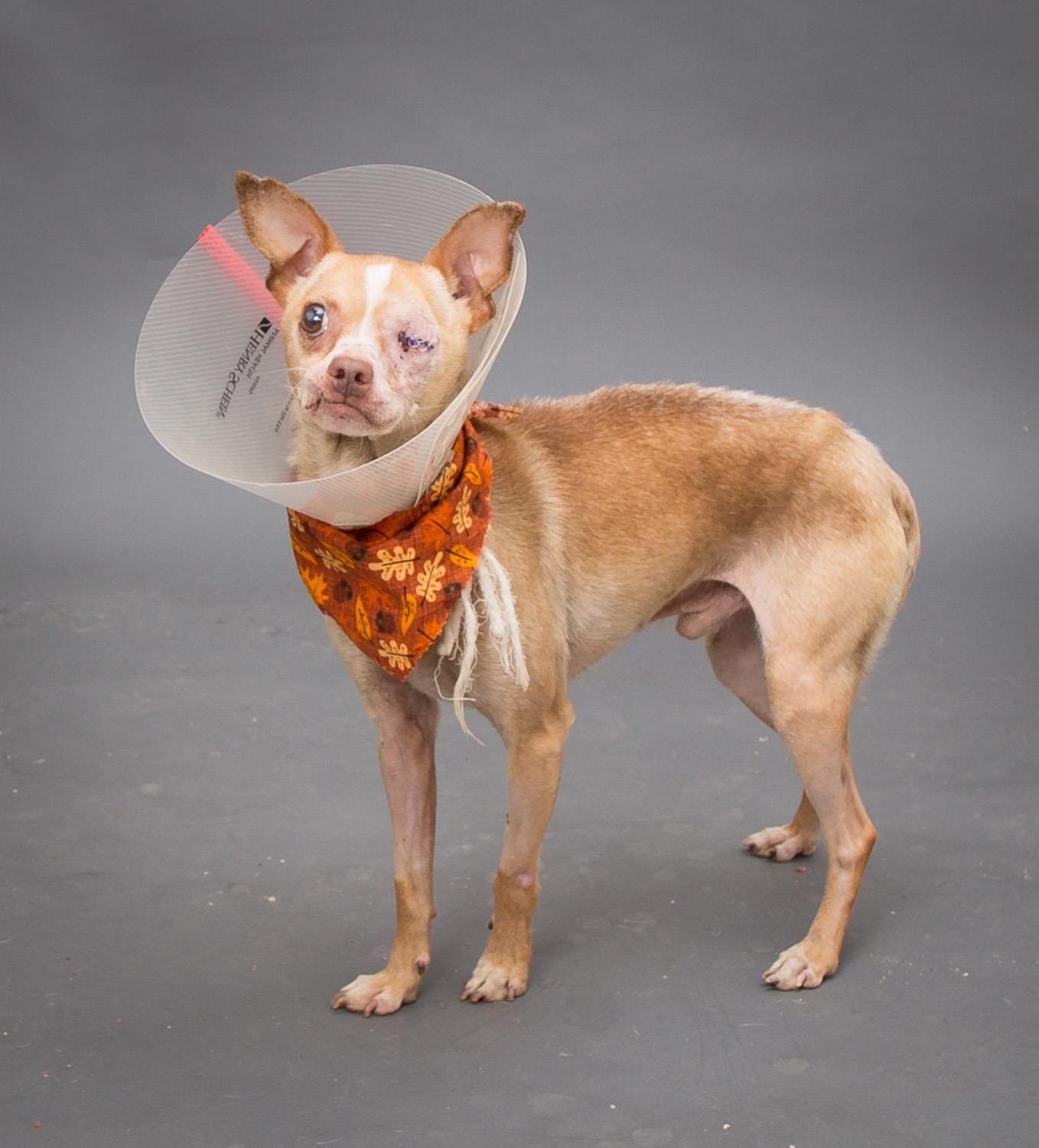 Sweet Ralph here has had a tough life. As his mom put it, “When we first adopted Ralph, over 3 years ago, he had just been found with a half an eye ball and looked pretty ragged. They removed his eye, healed up the other eye that had an ulcer in it (he still only sees as if in fog), and found a heart murmur. We brought him home and after a few weeks of being on a healthy diet, murmur resolved. Shortly after, we realized he had a seizure disorder and still has one about once a month. He has developed urinary incontinence recently and has to wear a belly band all the time. They found him missing 8 teeth upon rescue and we had to have 7 more removed with our regular vet. Dogs have 42 teeth, so he was still able to eat solid food missing 1/3 of his teeth. Last month one of his teeth fell out, bringing him down to 26 teeth, but we already had a tooth extraction and tumor removal scheduled for today, and they couldn’t move it up sooner. Today he had to have ALL his teeth removed and his hemangioma, fresh blood tumor, removed (they’re sending it out to see if it’s cancerous.) He’s had a hard life and your generosity made my day a little easier.”

Thanks to donations like yours, we were able to make an award to help Ralph live more comfortably with his loving fur-ever family.