Meet Rudy, a mixture of Cavalier King Charles spaniel, Border collie, and Doberman, who was adopted by Hope when he was one-and-a-half years old.

At the veterinary specialists’ office, Hope learned that Rudy had pancreatitis and would require ongoing care for chronic flare-ups. Rudy’s prognosis was good as long as he received ongoing medical care, which included hospitalization, fluid pumps, professional treatments, medicines and more.

Treating Rudy’s illness became quite costly for Hope, but she refused to give up.  Hope’s veterinarian said, “Hope loves her dog and tries to do the best she can for Rudy. Rudy is really all she has and I believe he gives her something to live for.”

Hope was given an award from Rochester Hope for Pets, which allowed her to continue providing the ongoing medical care Rudy needs. “I came very close to losing him,” she said.  “Thank God I didn’t. I wasn’t ready to give him up.”

When Jody first met Lucy and her brother, the three-year-old French Bulldogs were in need of serious help. Lucy needed to have her ear canal removed or she would have to be euthanized. The dogs’ owners at the time were unable to pay for the operation or the additional care that the two dogs required. That’s where Jody stepped in. Adopting them was an easy decision. However, that’s where the easy decisions stopped. Lucy’s health problems were just beginning.

Lucy’s ear issues had started with a fungal infection. Because it had been left untreated until Jody stepped in, the only option was to remove the ear canal. The fungal infection had also spread to Lucy’s toe, causing the toe to split and leading to early onset of Squamous Carcinoma. Once the cancer was diagnosed, the best option Lucy had was to have her leg amputated. During the amputation operation, her veterinarian came across a new hurdle — Lucy was unable to breathe without mechanical assistance, so he needed to re-sect her soft pallet.

At this point, one of Jody’s friends at suggested she apply to Rochester Hope for Pets, and she qualified. She was grateful to receive the award that helped pay for the soft pallet surgery. While Lucy continues to have a head tilt due to her ear canal operation and only has three legs, she is thriving! She loves playing with Jody’s children, as well as Jody’s other dogs. Her cancer has remained in complete remission, and her doctor is hopeful that she will have no further complications from it. Lucy’s aftercare has been fairly straightforward, and Jody says the hardest part was keeping her quiet and inactive.

Jody sees Lucy’s story as one of hope and triumph. Throughout her ordeal, Jody has felt lucky to witness the best in both people and animals. “Lucy’s so strong and so sweet after everything she’s been through; she’s a tough girl, still just happy to lick your face.” 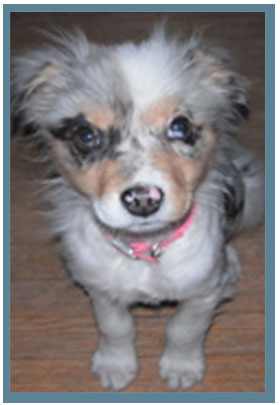 This is Storm. When Nicole adopted her, she was aware that this was a puppy with special needs. She thought Storm had an eating disorder because of being the runt of the litter. Nicole quickly realized that there was something more serious going on. After an examination, Storm was diagnosed with megaesophagus (ballooning of the esophagus), which was caused by an anomaly in the band of tissue surrounding the esophagus.

The defect prevented food from going into her stomach, leaving Storm severely malnourished. This condition could only be corrected by a very costly surgery performed by specialists. Storm had a very low chance of survival because of her frail condition, but Nicole decided to go ahead with the surgery, because without it, Storm had no chance. Nicole began contacting every agency she could find to seek assistance with the cost of Storm’s required procedure. Rochester Hope for Pets awarded Nicole a grant to help cover a portion of Storm’s surgery expenses.

“I cannot explain in words how grateful and thankful I am for Rochester Hope for Pets, they are truly amazing! They have done more for Storm than I can explain. It is because of organizations like this that animals that would otherwise have no chance are helped and granted life!” said Nicole. In the months following her surgery, Storm tripled in size and continued to thrive. This is Shamus, an Old English bulldog who was hit by a car. His owner, Dennis, immediately brought him to the emergency animal hospital where doctors stabilized him. Shamus had a large, open laceration on his back leg that needed cleaning and assessing. For four days, Shamus remained in emergency care, where he received extensive wound care and bandage changes. Surgeons then performed an operation to close his leg laceration. Shamus’s surgery went as planned and he was able to go home to Dennis.

Although on medications and receiving daily bandage changes from a veterinarian, Shamus developed an infection in his wound three days later. The surgery team decided Shamus needed to receive daily wound management to fight the infection. After more than 10 days total of hospitalization, Shamus returned home. With antibiotics and bandage changes every few days, Shamus’s health was improving.

However, the lengthy hospital stays and extensive wound care resulted in a significant bill for Dennis. “I wasn’t expecting it, but it definitely helped out in a time of need,” Dennis said of the grant provided by Rochester Hope for Pets. It was a long road to recovery, but Shamus is back to his old self again! 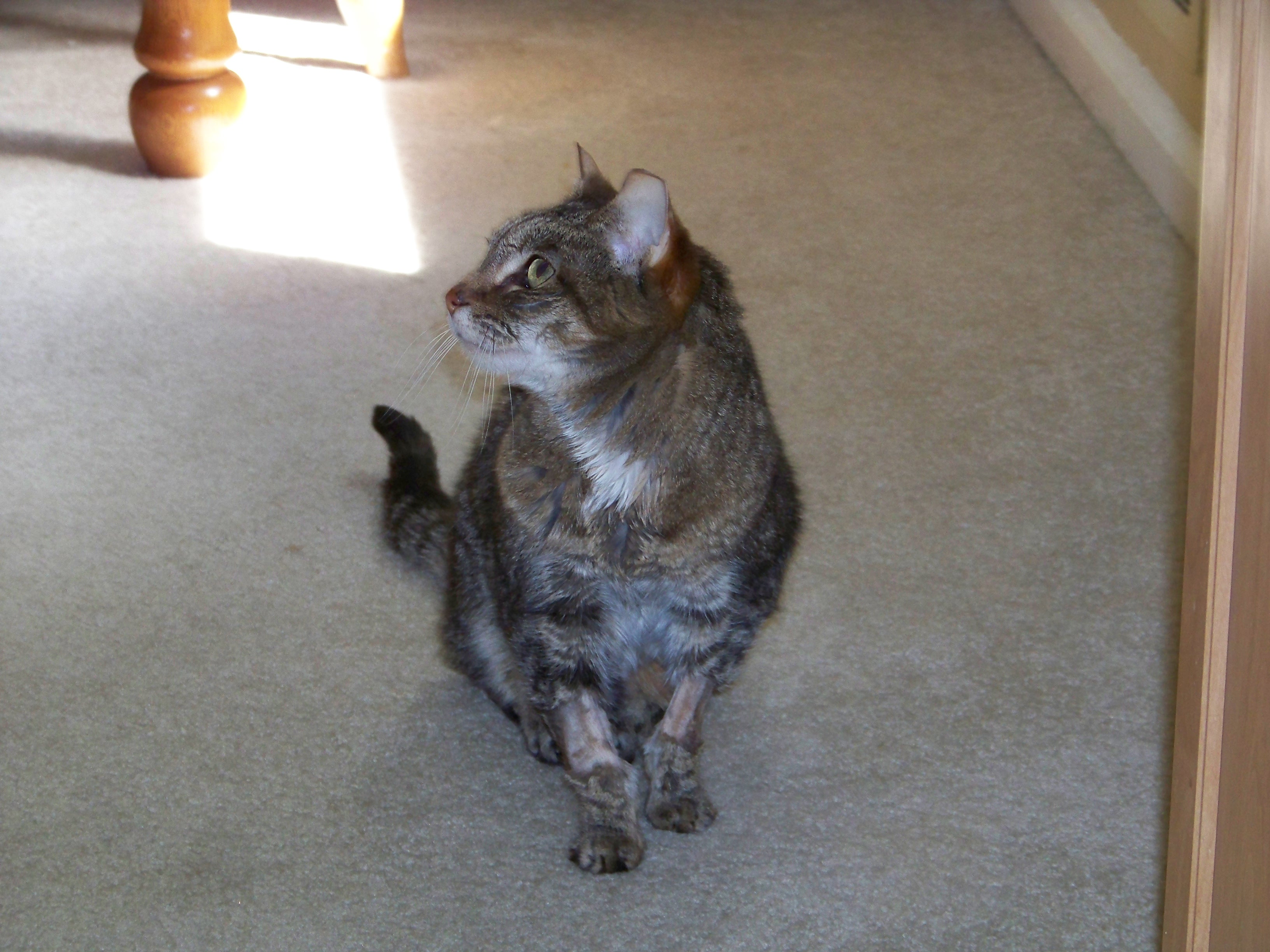 This is Sassy, who shares a home with her two owners, their son, and six other cats. A while back, Sassy was diagnosed with kidney disease and her values were so high that her owners thought that they were going to lose her. Sassy’s family spent a week dropping her off daily at the animal hospital to receive IV fluids. Sassy soon showed a marked improvement, so they continued medication and daily subcutaneous fluids at home.

Sassy, being the fighter she was, bounced back and did beautifully until June of 2013, when her kidney values started to climb and she became sick again. Her owners once again prepared themselves to say goodbye, but Sassy was a fighter with a very strong will. After talking with their veterinarian, they decided to pursue IV fluid treatment, but it was going to be needed frequently and in conjunction with several other medications and treatments.

Sassy’s owners were determined to give her the best chance they could and, as time went on, her health improved. The treatments continued to work but became expensive, and it was becoming financially difficult for her owners. Thanks to a grant from Rochester Hope for Pets, they were able to continue Sassy’s treatments.  Over time, her kidney values went back down to normal, and she became the spirited little girl her family loved and remembered. Although she’s no longer with us, Sassy and her owners made the most of every day they had together.